Using one of the circuit paths I was playing around with before (the story can be found here), I made a finished project. Project might be too generous a word but it uses a paper circuit in a cohesive design idea. So whatever that is called.

The paper battery holder I used was designed by Jie Qi and can be found here. 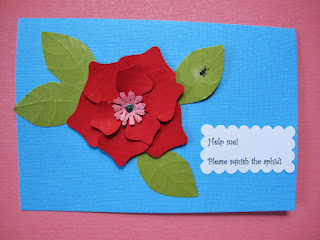 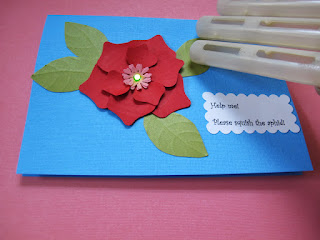 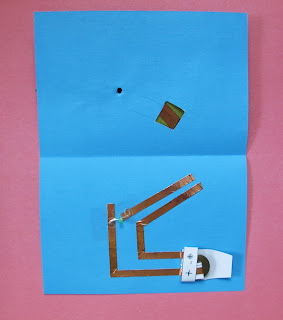 .inside to show path and switch

I used sticky tape to attach the LED because my soldering iron is in my "organized spot" for it and not where I had it last and therefore I was unable to locate it. It really should be soldered but the tape works surprisingly well in terms of contact and will do for now.

I didn't take pictures while I was doing this but I plan on doing another one so I can put up a tutorial, so stay tuned.