The fourth Maker Faire Detroit exploded at The Henry Ford on July 27 and 28. I was privileged to be a Maker for the fourth time, too! The first two years, Faire goers were engaged in community yarn bombings and last year I had examples of bookbinding structures and a free make and take.

This year my project was called "Folio Foolery" and on display were some explorations of paper and soft circuits. Faire goers were invited to handle the structures to understand how they worked. 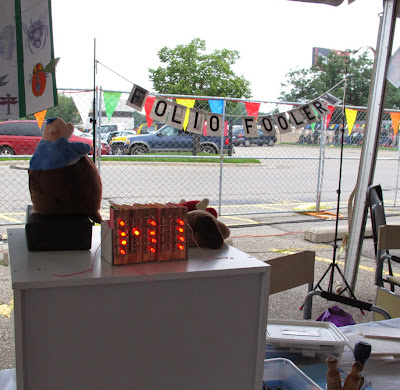 View of the banner and the LED spine books 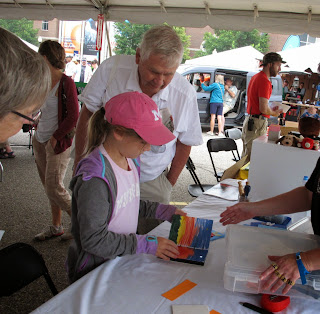 Looking over the Starlight book 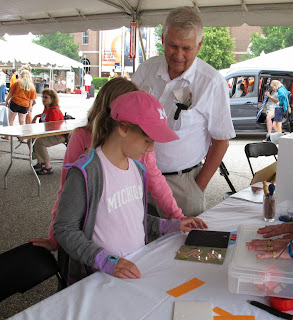 and the circuit of the Starlight book. 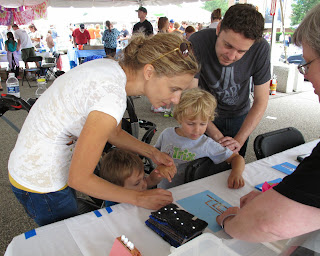 Explaining how the simple circuits in the examples worked. 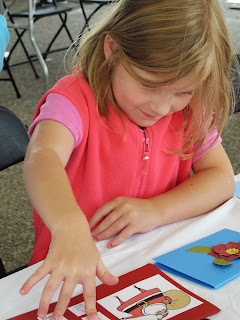 The right combination made the LED light up... 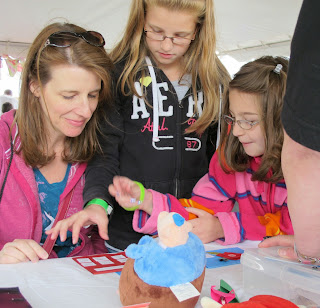 ...which wasn't always as easy as one thought. 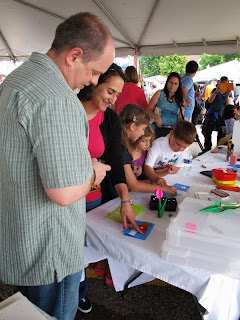 The delight of being able to light up an LED with paper mechanics has no age limit. 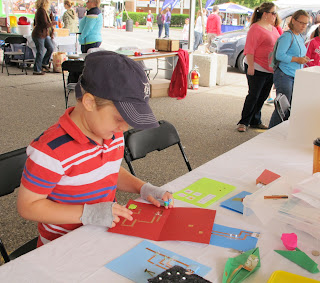 Maker Faire being what it is, I knew I would probably be sounding like a babbling idiot to the many way more knowledgeable in this field than I (but I have to say they were very kind). However, I was hoping I could at least pass as brilliant to a Kindergartner. Nope. This little guy knew exactly what was going on.

I promised to have documentation on this site of the samples I had available and I will make good on that promise. Stay tuned for pictures of the projects as well as resources for the materials and the pioneers who will supply you with inspiration as you marvel at their brilliance. Two sites to get you started are: Jie Qi who pioneered the paper circuit construction and Hannah Perner-Wilson who also does some amazing work with non-traditional circuit making.
at 5:19 PM