Why my house will never be organized

I have a small house and a large amount of stuff. Probably too much stuff but "too much" is such a relative term. One person's "WTF?" is my "Wouldn't that make cool eyes inserted into a doll's head?" (which then becomes another person's "WTF?" so see where this is going?)

In my struggle to obtain more surfaces, I decided to start tackling my unfinished projects. I have a few beading projects from my amulet bag phase. I love making the bag part but the necklace part I really struggle with. Part of the problem is what accent beads to use, how to make it complement the bag design, how long to make it, how and what kind of closure, etc, etc. All excuses to be put aside for the sake of surfaces!

I didn't keep track of the time spent but I would venture a guess of six to eight hours over the course of two days: Picking out the beads; arranging the beads; rearranging the beads; hating the beads and looking for other ones (in my stash only!); arranging new beads; not liking new beads either; wondering if it's even worth making the necklace part, could I use them some other way; giving myself a stern lecture to quit being a perfectionist and focus!; sewing necklace onto bag; not knowing exactly how to attach the closure; winging it; figuring out the correct way to attach closure after it's done; accepting there's no way to redo it because beads are already full of thread; repeating process for second amulet bag (except using knowledge for correct closure attachment).

And how much surface area did I reclaim? 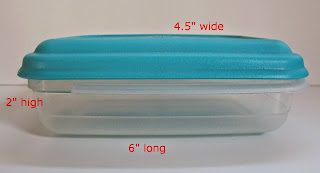 And it was stacked on another container so in reality I didn't reclaim any surface.


However! I now have two amulet bags that can be worn! 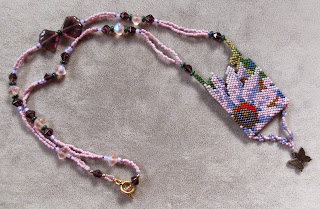 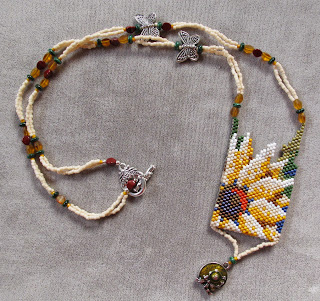 I probably will never wear them and they'll languish in my jewelry stand but let's not dwell on that.

Lesson on how to attach toggle clasp with beaded necklace/strap: 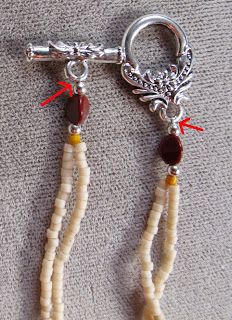 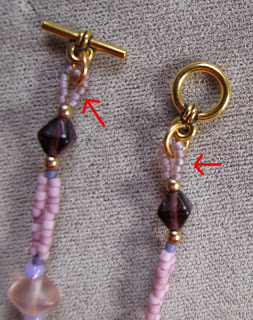 loop of beads with jump ring attaching loop to clasp

Since I probably won't wear the necklace at all not that often and I used FireLine, I'm not too concerned that it will fall apart.

Moral of the story: Nope, it's not "Don't put off...blah, blah, blah", it's: Don't be afraid. Don't overthink. Perfection is a concept, not a goal.