I love making crochet flowers. They're fast and easy to do and use up leftover yarn from projects. (Confession: They also use up the yarn I buy from thrift stores.) I also love yarn bombing. Put the two together and you get a first day of spring yarn bombing!

I used the magnetic backing from various advertisements (like the kind you get at home shows or other vendor shows or maybe sent in the mail with a company's name, phone number, etc.) and hot glued them to the flowers. I'll be honest, I wasn't sure how many would actually make it onto people's refrigerators or into their homes and didn't want to spend money on something that had a 50/50 chance of being tossed. So, upcycled cheap ass magnetic material is was. 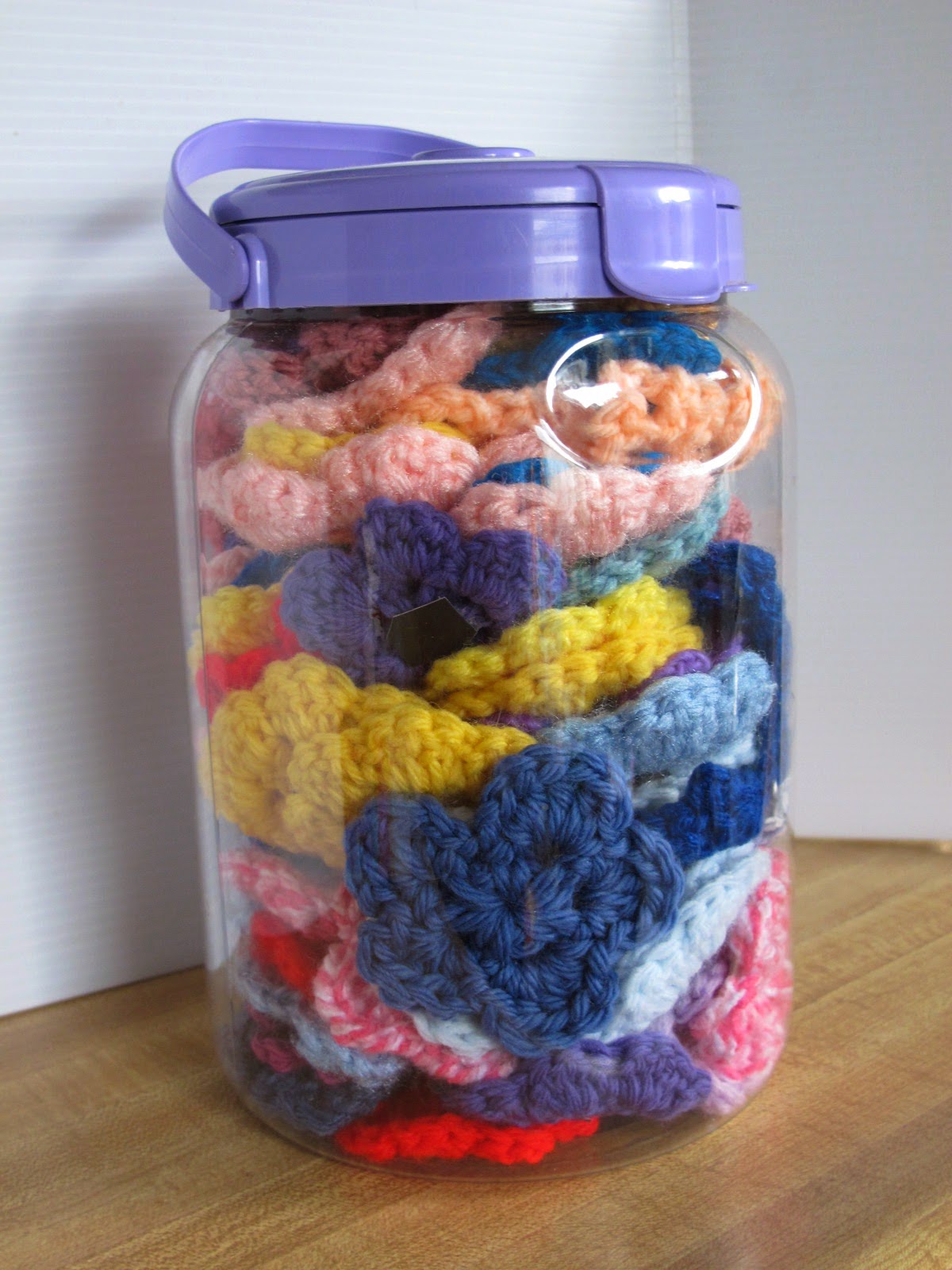 My areas of attack were my city's two libraries, another love of mine. Now, in my head, I envisioned a sunny day, birds singing, warm temperature, cars bedecked with flowers. In reality, it was a cloudy day, the temperature barely in the upper 30's and the car to flower size ratio substantially greater than in my head (what, did I think all cars were the size of a Smart car.....or a Tonka toy?) The birds, however, were singing. Somewhere. I'm pretty sure.

And then I got shy about it. So, while I'm blaming it on the nippy weather (although with the winter we had, upper 30's is balmy), I didn't take many pictures because I needed my bravado to put the flowers on the cars. 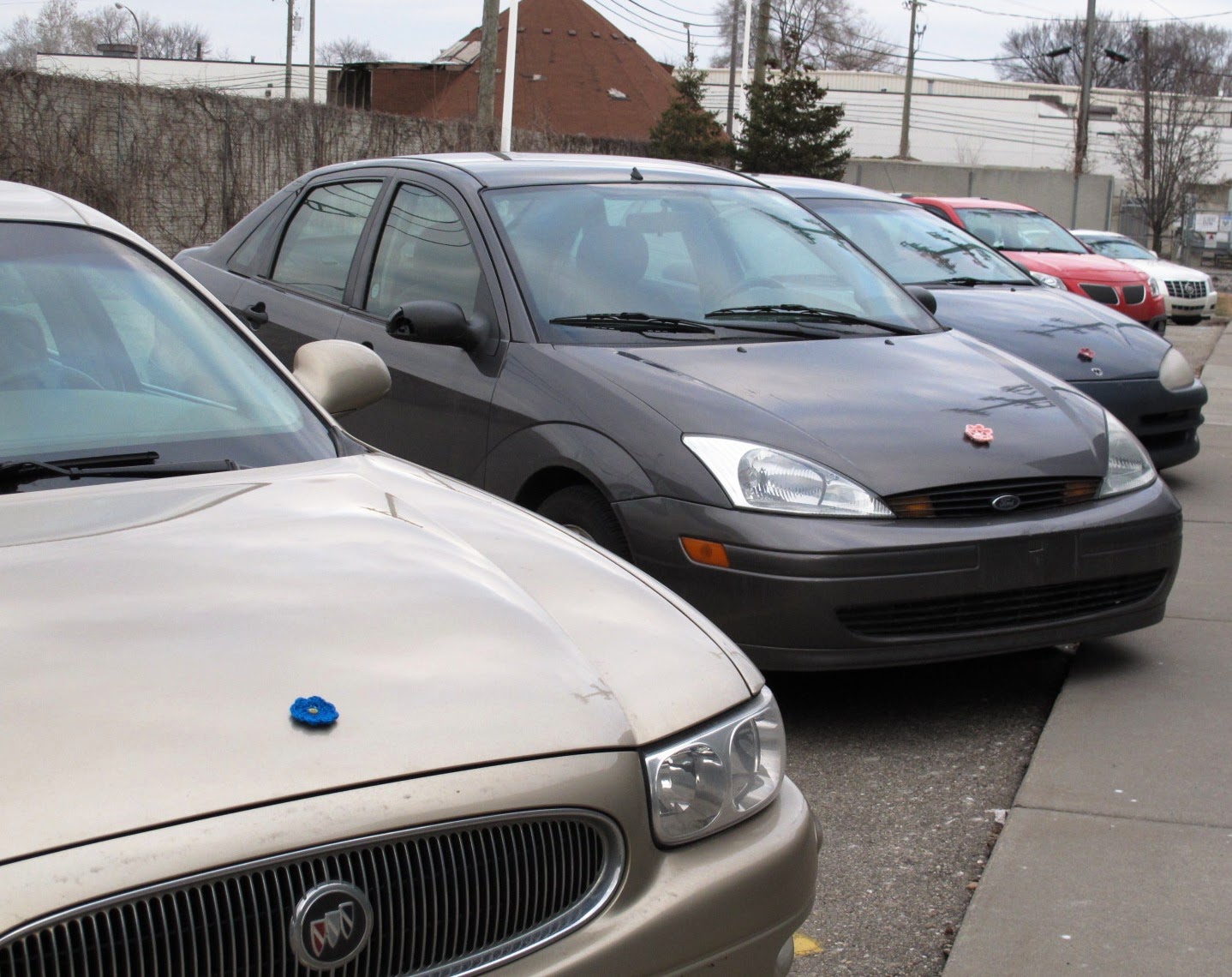 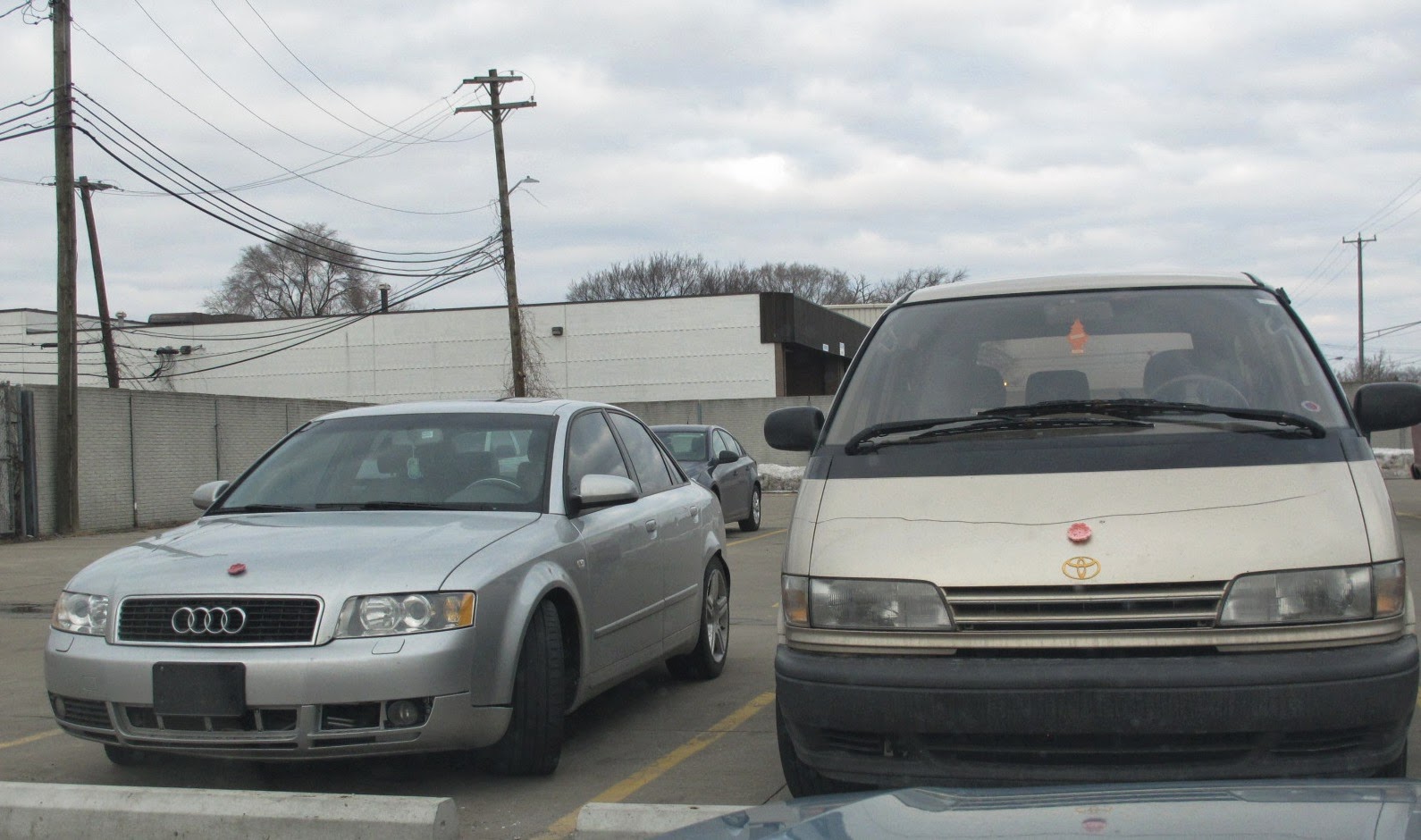 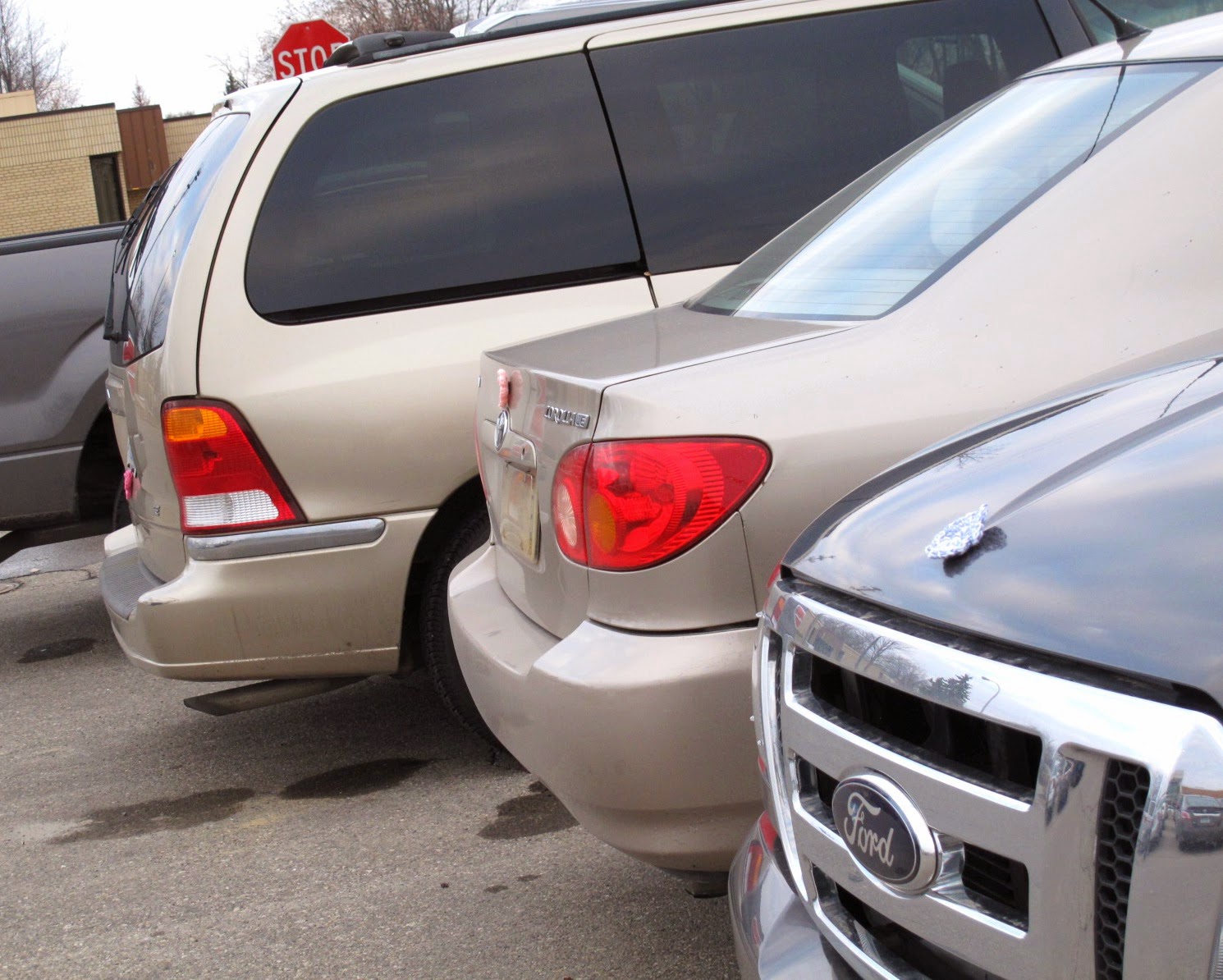 See what I mean about car to flower ratio? Yes, there really are crochet flowers on the cars.

Despite the paltry visual impact, especially in photographs, I had fun placing the flowers on the cars. It was my way of welcoming spring and (hopefully) giving the recipients a little gift to make them smile.

I plan on making more and keeping them in my car for random yarn bombings when I run errands. It's fun and even if the person tosses it, there's going to be at least a moment when he or she has to confront and process the situation. A moment when they are taken out of their "regularly scheduled programming" and isn't that what art is all about?