To determine if the paper I chose for the spine of the Maker Intention Flags would be strong enough to withstand the weather, I made a mock up of just one strip to put in the yard. 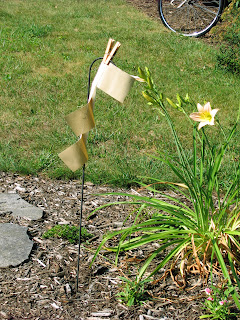 Unfortunately (really, really unfortunate and not just for this experiment), I've only had a total of maybe fifteen minutes of rain in the past four weeks. (Official weather stats record 1.48 inches of rain on 7/3/12. This did not happen anywhere near my house.) It has gotten about fifteen to twenty seconds a day of shower by hose when I moved it next to a potted plant. 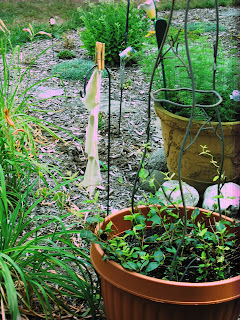 It seems to be doing OK but I'm planning on pasting in a cloth liner just to be safe. Fall will eventually come and with it, hopefully, the rain.

Since I will be teaching people how to do the pamphlet stitch, I thought it would be good to show some different ways it can be used. I have been having fun constructing models and, as I do them, I generate even more ideas. Unfortunately, I won't be able to do all the ones I want before Maker Faire due to other tasks that need to be done. (Why is it that the actual time it takes to do a task is always 3.59 times more than you plan on it taking?) However, I plan on doing some during Maker Faire and exploring this simple stitch more afterwards. I'll tag team my Keith Smith project and this one.

Here are some of the models:
(Apologies for the photo quality. My camera is not playing nice and these are stills from a Flip camera video.) 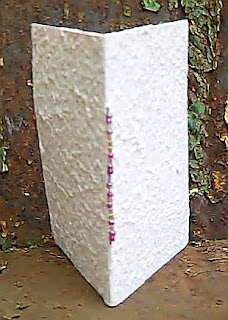 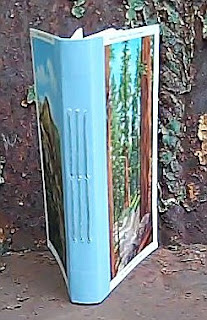 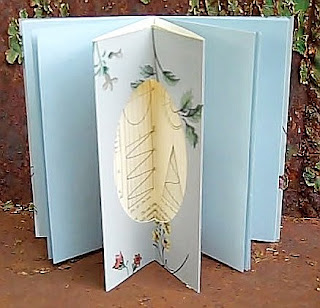 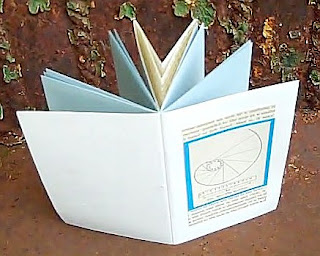 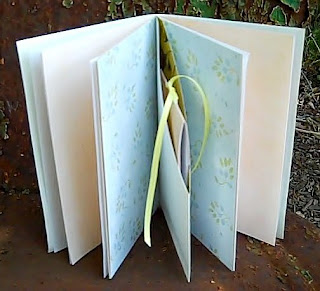 Two signatures with pocket
at 4:06 PM