Measure once, curse thrice (a minute)

OK, I never said I was a handyman (or handywoman if you want to get all PC about it). But, I do, or thought I did, have basic visual and measuring skills.

Upon deciding that shelves work best when hung up on the wall instead of leaning against it, I set about my goal of increasing surfaces in my house. The shelf, which has a starring role in this post, has one of those keyhole brackets. Somewhat flummoxed as to how to figure out placement of the screws, I set about on an internet search. I found a nifty YouTube video where a friendly and competent woman demonstrated how you flip the shelf so the back is facing out to determine where the brackets are. (I thought I bookmarked it but didn't and, for the life of me, I cannot find it again. Is this a sign?)

I was even able to work out that yes, the holes may look high but that's because it then drops down through the slot. PLUS!, I used a level instead of doing it just "by eye"! (I know, I shouldn't be so proud of doing things that are so basic and logical.)

So, how the hell did this happen? 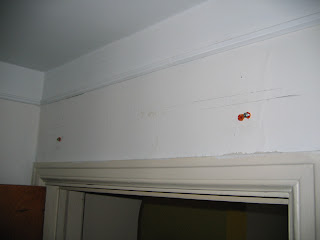 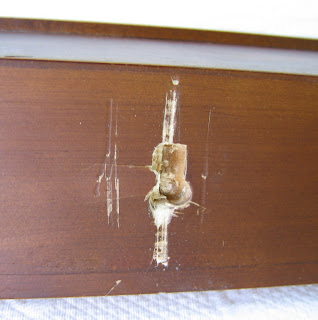 The screw placement on my right was off. This didn't happen to the woman on YouTube. After much cursing, I could see I could actually make another hole that would be sound. Again, I used the flipping to the back trick for placement. I lined it up with the left screw, marked it, drilled it. Yay! Problem solved! 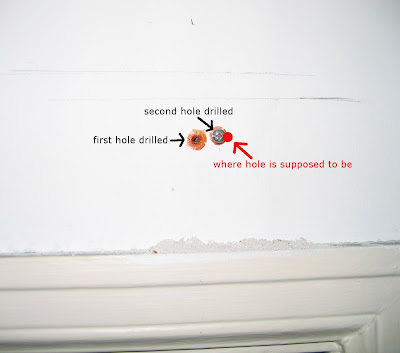 For the second time, I drilled a hole that was off to the left!! WTF?????? And, it seemed no matter how much I tried (and swore), I could not change the physical properties of our time space continuum and make wood stretch.


This time, the difference was so small I couldn't drill another hole. So what's a crazed woman who owns tools she really doesn't use but see?-it's-good-I-bought-it do? Start hacking away to make the keyhole larger. I tried using a drill bit as a router but it seems it's just a unitasker. However, a small chisel removed the wood that had the audacity to be in the way. 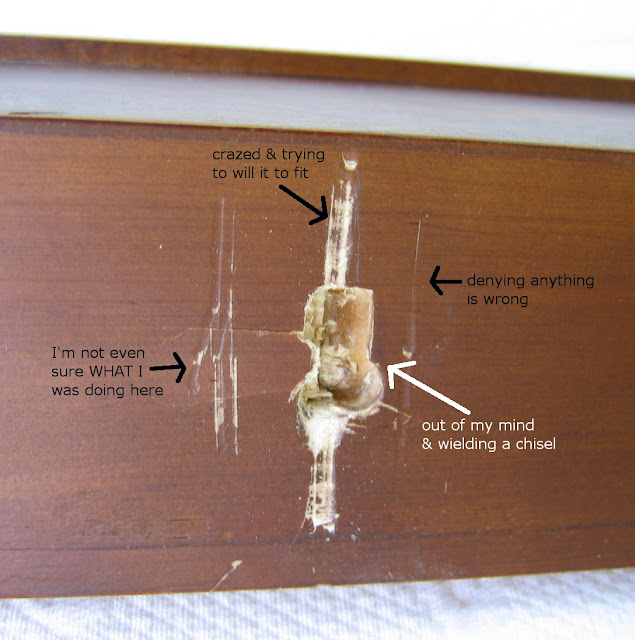 It finally went up and feels fairly solid. (I'll spare you the psychotic, curse laden procedure to get to this point.) I'm only putting light objects on it and so far it's holding. 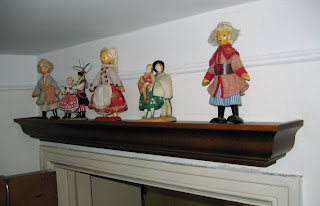 Lesson learned: use a f \/(king tape measure to double check the distance of the holes next time! It will save you time and anguish and the possible embarrassment of having the police show up at your house from neighbors fearing a home invasion situation.

Measure twice, drill once. It's the law (of physics)!