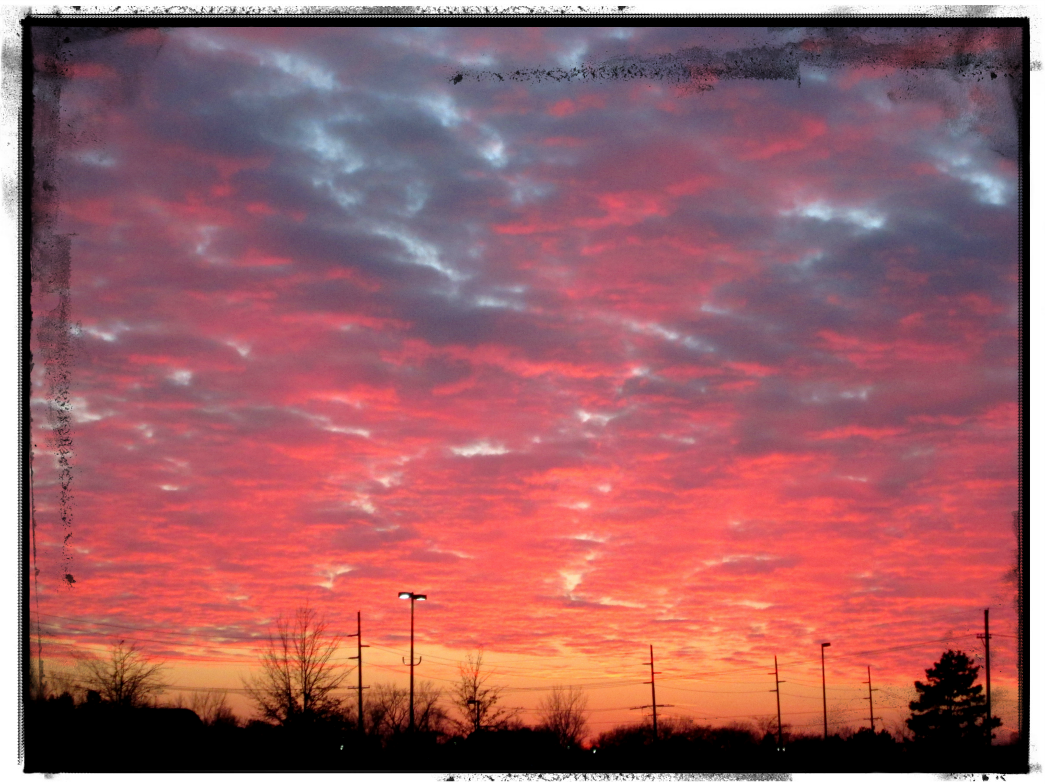 This wasn't really taken on the Winter Solstice but pretty close. It was taken last year on December 27. I was leaving a Big Lots when this gorgeous sunset about knocked me out. You don't need to be out in the middle of nowhere to appreciate nature. Its beauty is all around us wherever we are.

I absolutely love this article written by Clark Strand in The New York Times. In it, he writes:

Advances in science, industry, medicine and nearly every other area of human enterprise resulted from the influx of light. The only casualty was darkness, a thing of seemingly little value. But that was only because we had forgotten what darkness was for. In times past people took to their beds at nightfall, but not merely to sleep. They touched one another, told stories and, with so much night to work with, woke in the middle of it to a darkness so luxurious it teased visions from the mind and divine visitations that helped to guide their course through life.

Please go and read the whole article (it's an op ed piece). It's not long at all and is written beautifully.

I found this wonderful time-lapse video by Taro Nakai of the Winter Solstice sun's path in the Fairbanks, Alaska sky.


This one has nothing to do with the Winter Solstice but is a gorgeous time-lapse video of a coronal aurora also by Taro Nakai that I thought I'd add. (Just an aside: His choice of music is exquisite.)


Pay reverence to the darkness tonight.
at 3:42 PM